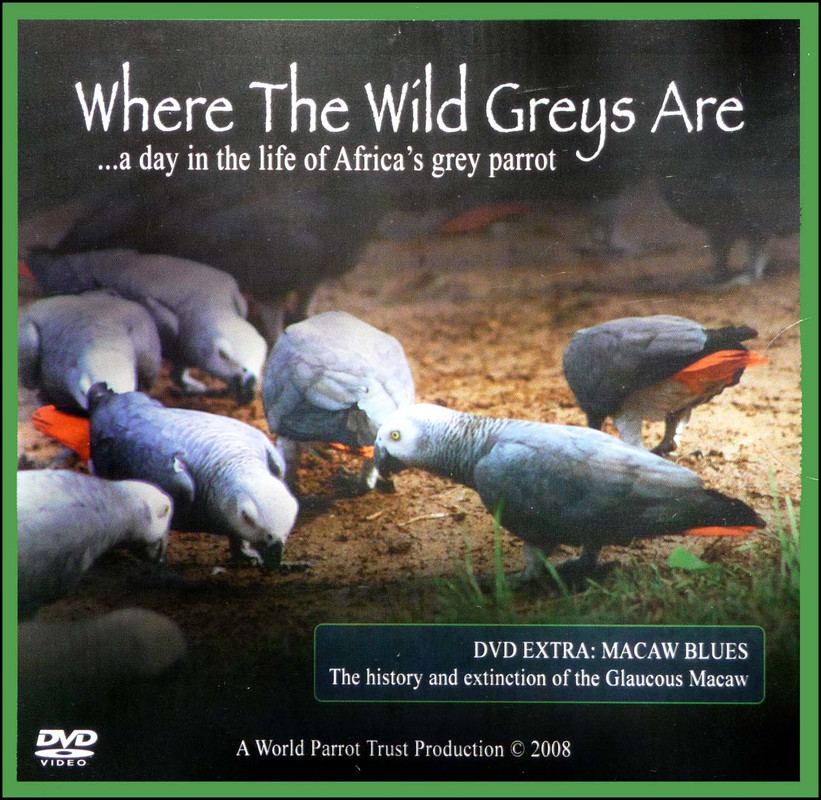 DVD - Where the Wild Greys Are

A Day in the Life of Africa's Grey Parrots

This DVD from the World Parrot Trust shows scenes of wild greys feeding and gathering. It also shows how they are trapped for the pet trade. Though potentially disturbing to watch, this is certainly a part of these birds' lives that we cannot ignore. Your purchase can help stop the trapping of this well-loved species. This DVD version also contains "Macaw Blues: A Postmortem for the Glaucous Macaw," a historical study of one of the New World's most beautiful extinct birds and how to avoid the tragic loss of future parrot species.

Grey Parrots once numbered in the millions, occurring in the wild across much of tropical Africa. After hundreds of years of unregulated trade and continued unsustainable harvests, the Grey is now going extinct in major portions of its natural range, and may soon join the ranks of dozens of other parrot species facing the treat of extinction.

The World Parrot Trust has been actively working to end this trade and reached a significant milestone in 2007 when it successfully campaigned to end the EY trade in wild caught birds – sparing the lives of millions of birds each year. Through your purchase of this DVD you will help the World Parrot Trust to continue this important work as they direct their efforts on a regional focus.

Join us on this DVD as we travel to Africa to learn about these stunning birds and the challenges to their survival. Learn about their plight and what efforts can be taken to save them.

DVD Extra: Macaw Blues: The history and extinction of the Glaucous Macaw

The Glaucous Macaw once thrived on palms in southern Brazil and neighbouring Paraguay and Argentina. In a quest to better understand the ecology of this bird South American scientists travelled throughout its historic range searching for evidence of the bird’s continued existence. Macaw Blues takes us through a historical analysis and study of one of the New World’s most beautiful and now extinct birds.